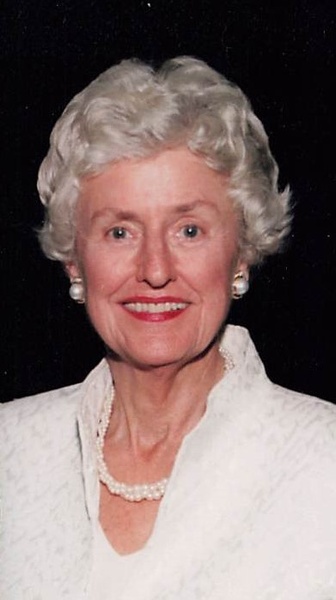 Anne Anderson Bridgers Hackney, 93, passed away with courage and grace on August 3, 2022, after a lengthy illness.  She was born in Wilson, North Carolina on March 23rd, 1929, to Thomas Fleming Bridgers and Louise Anderson Bridgers.  She graduated from Charles L. Coon High School in 1947.  In 1951, she graduated from Duke University where she was a member of Alpha Delta Pi and The Order of White Dutchy.  On June 25th, 1952, Anne married John Hackney and they decided to make Wilson home where, in 1955, they built the first contemporary house in town.  It was in that home that they raised their family and lived the majority of their lives.

Anne was a loving wife, mother, grandmother and great-grandmother who lived life to the fullest and absolutely on her own terms.   While she enjoyed traveling the world, Atlantic Beach was a special place and second home, first at her parent’s beach cottage and later at 8 ½ Marina Village where she lived one door down from her beloved sister, Mary Lou.  Always very social, she enjoyed spending time with her Wilson and Atlantic Beach friends as well as those she met as she traveled.  In addition to travel, Anne had a passion for tennis, contemporary art and architecture and fashion.  She was a Girl Scout Leader who took her troop to Savannah and Mexico City – trips those girls still talk about today.  She was a founding member of The Arts Council of Wilson (now Wilson Arts) and was also very active with The Book Club and was especially close to the other 17 members.  Anne’s motto for life was to live it to the fullest, love deeply and passionately, savor every moment on this incredibly beautiful earth and see as much of it as possible.  Believe in yourself and be all that you can be while remaining true to yourself.

In addition to her parents, she is predeceased by her husband, John Needham Hackney, Jr., her sister, Mary Lou Bridgers Mattox, her brother-in-law, Huitt Everett Mattox, Jr. and her sister-in-law, Lynda Forrest.

To order memorial trees or send flowers to the family in memory of Anne Anderson Bridgers Hackney, please visit our flower store.