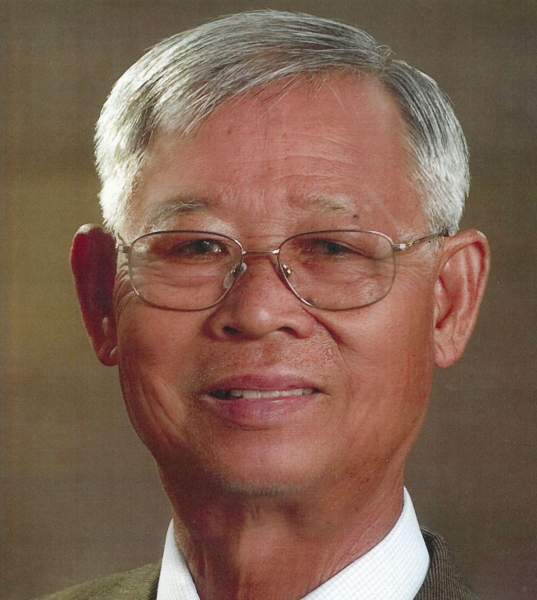 “Tony” Cuong Phu Nguyen, 76, of Wilson, North Carolina peacefully passed away on December 3, 2021, surrounded by his loving family and friends after a short battle with cancer. He was born on December 10, 1944 to Nguyen Chi Luc and Nguyen Thi Ren in Vietnam.

After high school, Cuong completed two years at the University of Saigon. He began service for his beloved country in the South Vietnamese Army Airborne Division, reaching the rank of Sergeant Major, and continued his service after injuries as an Intelligence Specialist with the US General Consulate. He continued as a Senior Intelligence Operations Specialist for the United States government at the US Consulate in Bien Hoa (15 miles north of Saigon). He received 47 decorations for valor throughout his military career from the Vietnamese Government and an additional three from the United States Government, including seven Purple Hearts.

With the eminent fall of Saigon, on April 19, 1975, Cuong and his family fled Vietnam to escape certain execution of the family for his service to the South Vietnamese and US Government. His family’s journey on a C-141 Starlifter took them from Tan Son Nhut air base to Clark Air Force Base in the Philippines, Guam, Camp Pendleton, California and finally to Wilson, North Carolina on May 19, 1975. His supervisor at the US General Consulate sponsored his family to start their new lives in the United States.

Cuong was a devout Catholic and life member of Saint Therese from the first Sunday that the Church Community took them in to help them start to build their new lives in America. He extended his ministry to the Vietnamese Catholic Community up and down the Eastern United States and helped build new churches and supported young Catholic Youth Organizations. He and Hong were well respected and loved for their ministry and service of the Lord. His strong faith was a beautiful gift he shared with his children.

Cuong always demonstrated to his children the importance and value of hard work and ministry to the community. The help he and his family received from the Saint Therese Church community when they moved to Wilson, has been returned many times over. He and his wife started a plant horticultural business to provide for their family, and he found happiness in nature and with his farm birds. He provided encouragement and support for his children and grandchildren and was proud of their achievements in pursuing their dreams. He consistently demonstrated that there was no substitute for hard work and its rewards. His earthly source of happiness was his wife, children, grandchildren, and great grandchildren. They always brought a smile to his face and sparkle to his eyes. Even during his final days on Earth, he found the strength to reach out his loving hand when they were near.


He was preceded in death by his parents, Nguyen Chi Luc and Nguyen Thi Ren; his brothers, and son, Nguyen Chi My.

He is survived by his devoted wife of 59 years, Rose Hong Thi Nguyen, his six children, 16 grandchildren, and 3 great grandchildren. Cuong’s message to his grandchildren at the end was to be happy for him because he would meet Jesus soon, and he was happy about that.

Prayer services and visitation will be from 5pm to 10pm on Sunday, December 12th, at Joyner Funeral Home, 4100 Raleigh Road Pkwy W, Wilson. The funeral mass will be at 10 am on Monday, December 13th, at St. Therese Catholic Church, 700 Nash Street NE, Wilson.

To order memorial trees or send flowers to the family in memory of Anthony Cuong Phu Nguyen, please visit our flower store.