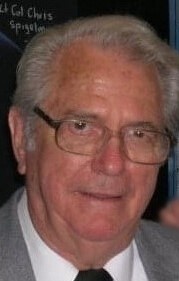 He is survived by his children, Karen Lee Moore-Mercer and husband, Danny of Wilson, Robert “Rob” Allen Moore of Kenly, Timothy “Tim” Neal Moore of Wilson, and Dale Patrick Moore and wife, Hope of Kenly; his grandchildren Caroline Mercer Sweezy and husband, Gary of Raleigh, Ryan Patrick Moore of Kenly, and Brandon Lee Moore of Wilson; his great-grandchildren, Garrett Lee Sweezy, Caden Mitchell Sweezy, and Chandler Lee Moore; sisters-in-law, Naomi Daniels Moore of Lucama, Maye Spivey Myers of Wilson, and Gloria Spivey Cooner of Fuquay Varina; he is also survived by many special nieces and nephews, and a very dear and loving friend, Dot Byrd of Dunn, and all of her family.

Bobby attended Lucama High School and after graduation served in the National Guard for four years and then served active duty, (Sgt. 1st Class, 1st Calvary Division, 7th Calvary Regiment), in the United States Army for eight years as a Combat Medic. In 2013 he became a member of the Disabled American Veterans Commanders Club. After retiring from the Army, Bobby and family returned to Lucama and in 1965 opened the first Tastee-Freez in this area on Highway 301 North, followed by three more in Wilson, (South Tastee-Freez, West Nash Tastee-Freez, and Downtown Tastee-Freez). Bobby served as the Vice-President of Tastee-Freez of North Carolina for fifteen-plus years.  Businesses were later expanded to Lucama and Kenly, with Patrick’s Cafeteria becoming one of the longest running restaurants in Kenly. He was well known for giving teenagers jobs, even when he didn’t need any additional help.

Bobby had a strong work ethic, positive attitude, and spent much of his life serving others and being very involved in community service in both Wilson and Johnston Counties. He served as president of the Lucama High School PTA in the 1960’s, president of the Wilson Kiwanis Club and chairman of the Heart of Wilson Associates, a predecessor of the current Wilson Downtown Development group. He also served as the first chairman of the Educational Development Council when Wilson County consolidated its three school systems.

In Johnston County, he was one of the founders of the Kenly Area Merchants Board, the predecessor of the current Kenly Chamber of Commerce and served as the group’s first director. He also served as chamber president for four years and was a lifetime member. Bobby was a member and served as Commander of The American Legion, Kenly Post 328. He was one of the original members of the Johnston County Tourism Board and served as chairman of the Highway 301 business and economic development group. He continued to promote the importance of the U.S. 301 corridor between Kenly and Wilson. He, along with other Kenly residents, put up funds to secure the Kenly Area Parks and Recreation area. Bobby and Kenneth Aycock co-sponsored the Kenly “Fireman’s and First Responder’s Breakfast” for over 38 years which continues as an annual event today. In March of 2012, Bobby was honored by the Kenly Area Chamber of Commerce for his service to the Kenly community.

Bobby enjoyed riding his golf cart around his property and to the pond to feed the fish, giving others a ride on his golf cart (especially his great-grandchildren), and picking his blueberries with anyone who would help…he just loved the outdoors in general.  He was thankful to God for each day, and humbled by and grateful for all the love, support, and prayers shared for him in recent weeks.

The family would like to thank the staff at Wake Medical Center in the Neuro ICU 5B/Foyer 3 Unit, for the loving, compassionate, and excellent care that was given to their dad in recent days. They would also like to thank Dr. Sunil Chand and staff for their care over the many years.

Bobby was an avid animal lover and in lieu of flowers, memorials are suggested to an animal rescue group of choice in Johnston or Wilson Counties, OR to Duke Pediatric Transplant and Cellular Therapy Family Support Program.

To order memorial trees or send flowers to the family in memory of Bobby Lee Moore, please visit our flower store.