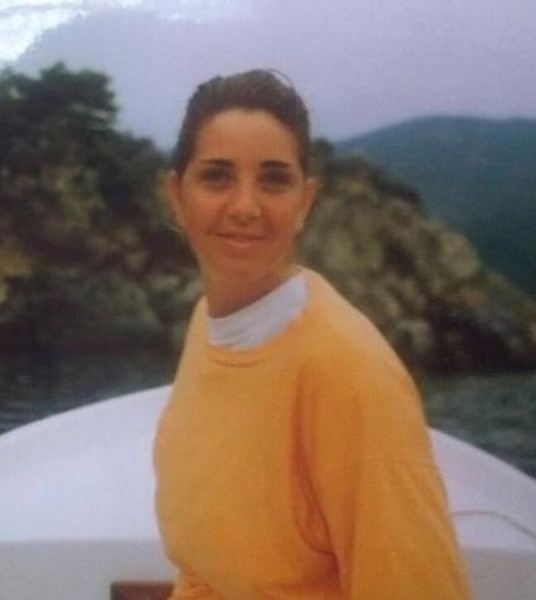 
Carol “Georgie” Pickering Power, most recently of Wilson, North Carolina was born in Liverpool, England on October 1, 1966, to Henry Arthur Pickering and Beryl Todd Pickering. Carol passed away on December 14, 2021, at the SECU Hospice House in Smithfield, NC.

Carol’s journey took her from Liverpool to Miami, Florida and eventually to the suburban Philadelphia, PA where she met her husband, Michael Christian Power. Over the course of their time together, Carol and Christian resided in several areas of the United States. Most notably, their travels have included time in Saratoga Springs, NY, where they were married on April 13, 1996. Their next 25 years of marriage included stops in Columbus Ohio, Glenside, Pennsylvania and ultimately to Wilson, North Carolina, where they have resided for the past seven years. Along the way, Carol has met numerous people that she now considers lifetime friends. Carol has never met a stranger, was extremely sociable and was deeply loved by the friends she has made over the year and locations. Carol most recently was employed at the Merck Wilson facility as a Documentation Specialist.

Carol had an intense love of animals, and most fondly remembers previous pets like Oscar, an English Bull Terrier and their cats Brandy and Layla. Her current pets Fred, an English Bulldog and Agnes, a Valley Bulldog, will miss her dearly and already feel her absence.

Carol is preceded in death by her father, Henry Arthur “Harry” Pickering.

It was Carol’s wish that upon her death there would be no memorial service, funeral, or other formal ceremony. She only wished that her friends and family would remember her by the laughs, care and love she provided to them over the course of their time together, and that shared stories of these good times would provide comfort upon her passing.

To order memorial trees or send flowers to the family in memory of Carol Georgie Pickering Power, please visit our flower store.