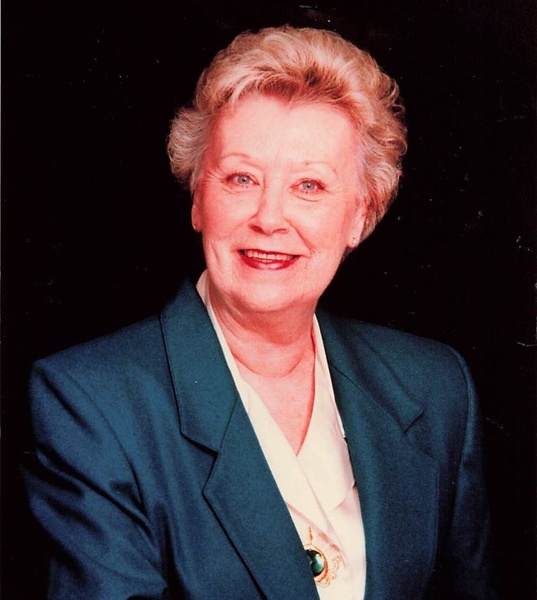 Carolyn Grice White, 92, of Knightdale, peacefully went to meet her Lord and Savior on Monday, December 13, 2021. A celebration of life will be held on Saturday, December 18th at 11 a.m. at Joyner’s Funeral Home, Wilson. Interment will follow in Maplewood Cemetery, Wilson. Pastor Aaron Wallace will officiate.
The family will receive friends Saturday morning from 10 – 10:45 a.m. at Joyner’s Funeral Home, 4100 Raleigh Road Parkway, Wilson.
Carolyn was born August 6, 1929, the only child, to Roma Clarence and Carrie Lewis Grice of Wilson. Carolyn grew to be what could be described as a proper southern lady. She was strong willed, determined and independent but also had a strong sense of family that would guide her and her loved ones through life.
Carolyn met the love of her life, Joshua Lawrence White (JL), while in high school. They were married for 38 years before JL passed. Having found her soulmate, she never remarried.
Carolyn was a very loving and caring mother, grandmother, great-grandmother, family member and friend. She had a great capacity to think of others. She could recall the major moments in the lives of her family and friends and would brighten their days with notes, phone calls and in her later years, texts.
Carolyn was her best as a grandmother. Known to her 10 grandchildren and 7 great-grandchildren as “Nannie”, she was a constant in their lives. She wore that label as a “badge of honor”, and you could see the pride she had for each of them as she eagerly shared her stories and updates with her family and friends.
Carolyn had a strong love of the Lord. She was a faithful member of Hephzibah Baptist Church and had many great friendships within her church family that received the same love and attention as her immediate family
Carolyn is survived by her son William L. White (Bill) and wife Renee of Goldsboro, and daughters Lynn Jenkins and husband Ken of Knightdale and Diana Williams and husband Harold of Wilson, daughter-in-law Alice White of Wilson, 10 grandchildren and 7 great-grandchildren.
She was preceded in death by her husband Joshua Lawrence White, son Raymond C. White (Ray) and parents Roma and Carrie Grice.
Flowers are welcome or memorials may be directed to Hephzibah Baptist Church, 1794 Wendell, NC 27591.
Condolence may be directed to Joyner’s Funeral Home at www.joyners.net.

To order memorial trees or send flowers to the family in memory of Carolyn Grice White, please visit our flower store.