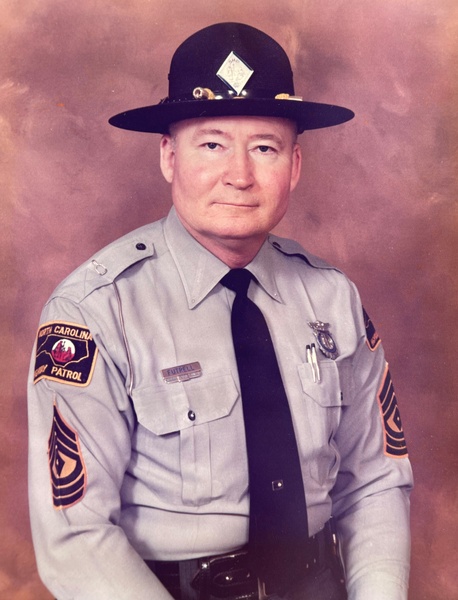 Charles Franklin Futrell, 87, of Goldsboro, passed away Sunday. Visitation will be held from 11 a.m. – 12 p.m. on Thursday, April 28, 2022, at Joyner’s Funeral Home, 4100 Raleigh Road Parkway, Wilson. A private family service will be held at a later date.

Charles served his country as a Sergeant in the United States Army, he went on to further serve his community by spending his career as a First Sergeant with the North Carolina Highway Patrol. He was a member of Rosewood First Baptist Church and a member of Masonic Rite of Layfette 83 of Jacksonville, North Carolina as well as the Shriners Sudan Temple.  Charles loved his family dearly and cherished time well spent with them. He will be greatly missed by all who were lucky enough to know and love him.

To order memorial trees or send flowers to the family in memory of Charles Franklin Futrell, please visit our flower store.