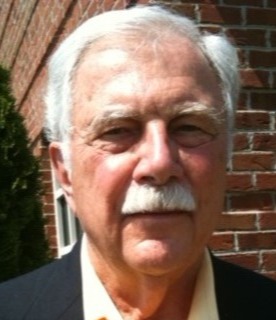 David Woodruff Scull “Dave” of Wilson passed away peacefully at the age of eighty-five on November 2, 2022. Born in Bridgeton, New Jersey, on December 11, 1936, Dave was the child of Lois Hiles Scull and Vernon Woodruff Scull.  He graduated from The Citadel in 1961 with a Bachelor of Science Degree in Business.  After marrying his late wife, Judith Thompson Scull (Judy), Dave moved to Wilson.

Upon returning from his Army service in Europe, Dave began his fifty-seven-year career as a partner at John Hackney Agency. He received numerous accolades as an independent agent and served as the chairman of the Independent Insurance Agents of North Carolina (IIANC) from 1992-93. Dave enjoyed boating, hunting, farming, and spending time with his family and extended family, especially his grandchildren. Dave was a member of the Wilson Elks Club and the Wilson Masonic Lodge and actively participated in Wilson Rotary Club meetings until he moved to Southern Pines in August of 2021.

In lieu of flowers, please consider memorials in Dave’s memory to Rotary or The Wildlife Federation.

Condolences may be directed to Joyner’s Funeral Home at www.joyners.net.

To order memorial trees or send flowers to the family in memory of David Woodruff Scull, please visit our flower store.