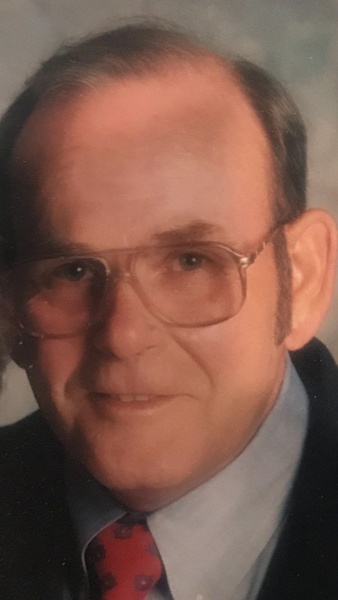 
Edgar Bain Hamm was born on January 3, 1941 in Wayne County, to his loving parents Jiles Randolph Hamm and Helena Mooring Hamm. He died peacefully on November 22, 2021 with his family surrounding him.
With his Eastern NC work ethic, Edgar grew up working on tobacco farms around his hometown of Stantonsburg. He graduated from Stantonsburg High School and married the love of his life, Mamie Jean Bennett of nearby Saratoga. Edgar and Jean built a family and a life in Wilson and Pitt Counties. Their daughter, Ann, was born on March 6, 1967…and his “sugar babe” would remain the apple of his eye throughout a wonderful and long life. The family lived in Bethel until Edgar’s retirement, when Edgar and Jean moved back to Wilson County.
Edgar had a fulfilling career in the main frame computer business within the pharmaceutical industry, working for pharma giants Owens & Minor and Burroughs Wellcome, which would later become Glaxo SmithKline.
Edgar retired in 1996 and in many ways his life began anew. On November 4, 1998, his first grandson, Bennett Sloan White was born. Sweet Sloan would always make Edgar beam with joy and pride. And then Edgar’s sidekick of a lifetime and best buddy was born…his grandson, William Bain White. Will forever changed Edgar’s known name to “Hamm” for which is he is known today. The two of them built treehouses, squirrel blinds, go-carts and forts. They shot up creeks and cans and had a grand old time growing up together and making life an adventure. Hamm also loved to take Will and his buddies Ren, Vance and Charles to the turkey shoots throughout Eastern NC and Hamm thought of the boys as part of his family despite the fact that they repeatedly tore up his backyard with the go-cart he built for them! Will and Hamm will maintain a special bond that carries on forever.
Hamm leaves behind many special friends who loved his sense of humor and quick wit. Hamm was predeceased by his brother, Jarvis. He is survived by his loving wife, Jean, of Wilson, his daughter Ann (David) of Raleigh; his grandchildren, Sloan and Will of Raleigh, and his sister, Dianne Hamm Worthington (Kenneth) of Richmond, Virginia and his nephews, Kenny, Steve, and Brian and their families.
A visitation will be held at Joyner’s Funeral Home, 4100 Raleigh Road Parkway, Wilson on Saturday, November 27th from 1p.m. to 2:30p.m. A family graveside service will follow.
Memorials can be directed to Tammy Lynn Center for Developmental Disabilities, 739 Chappell Drive, Raleigh North Carolina
Condolences directed to Joyner’s Funeral Home and Crematory at www.joyners.net.

To order memorial trees or send flowers to the family in memory of Edgar Bain Hamm, please visit our flower store.