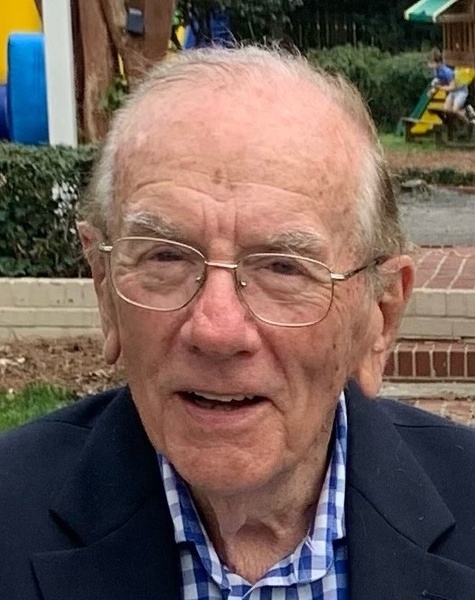 Bert graduated from John Adams High School in Ozone Park, New York.  He attended Queens College and Dartmouth College where he later received his master's degree in Business. He was a member of the National Institute of Credit and Credit Management Financial Association, past president of the Southern Yarn Group. He had a real passion for Finance as he began his career with Continental Baking Company in 1966 and retired in 1994 as Assistant Treasurer on the board of Directors of Harriet and Henderson Yarns in Henderson.  Bert was a member of the Knights of Columbus and past President and Founder of Bali Hai Yacht Club in Henderson.

He was preceded in death by his loving wife, Mary; brothers, Gene and Jerry Bonnabeau, and his parents Gene and Dorothy Bonnabeau.

Bert was known as a loving husband, father and Poppy. His close friends called him "Pop," adoringly. He was the epitome of an amazing family man; always so selfless and caring.  He was the best husband, father, grandfather, and friend anyone could ever want. When you met Bert, you had a loyal friend for life.   He was often found entertaining his loved ones on Kerr Lake or Lake Gaston, enjoying the weekends on his Grady, Houseboat or pontoon boat filled with lots of laughter and music. He loved entertaining in his home, often hosting parties for friends and family and a holiday function would ensure that no one was left alone; as there was always room at his table. Bert will be sorely missed by many.

The family would like to thank the staff at Parkwood Village, his caregivers, Mark Farmer, Linda Torres and Jackie Roberts for their on-going love and support.

In lieu of flowers, the family has asked that donations be made to Aces for Autism in honor of his great grandson, James Wyatt Dunn.

To order memorial trees or send flowers to the family in memory of Herbert Joseph Bonnabeaux, please visit our flower store.