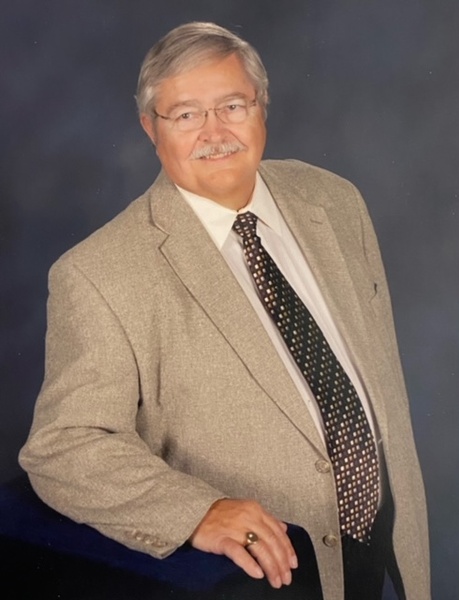 He was born and lived his entire life in Wilson, NC. He attended Fike High School and then Atlantic Christian College. He served in the United States Army, then the Army Reserves as a Drill Sargent.

He grew up growing and barning tobacco which he turned into a career, ultimately retiring from Tobacco Processors. He had a deep appreciation of tobacco crop itself, and its deep roots in Wilson – loving pictures of old tobacco barns, art work of tobacco leaves, collecting tobacco tags and art work made from tobacco sticks.

He was an active member of First Christian Church his entire life. He was proud to be part of the Disciples Sunday School class, as well as the Christian Men’s Fellowship Group. He especially enjoyed all the dinners he helped cook. He served as a Deacon then an Elder. His faith was an essential part of him and he loved going to listen to gospel music and shows.

He was a true southerner at heart; loving church, country, country music including Bluegrass, and country cooking. He enjoyed anything lemon and would never his chicken pastry on Tuesday’s.

Besides his faith, his family and friends were his world. He is survived by his wife of 52 years, Barbara Ann, of Wilson. Daughters Beth Sherry (husband Ryan) of Raleigh and Sandi Ingram (husband Keith) of Rock Ridge. Grandchildren Jaden and Bryson Ingram and Addison and Brody Sherry. Sister Minnie Gine Reamy and husband Joe of Mechanicsville, Virginia. Brother-in-law Phil Beaman and wife Frankie of Mebane. His best friend Alan Clayman and wife Sally of 50 years of Goldsboro.

Visitation will be on Thursday, May 26 at 1pm at Joyner’s Funeral Home in Wilson, followed by a chapel service at 2pm. Graveside service will be at Maplewood Cemetery immediately after. Visitation at other times will be at the family home.

In lieu of flowers, memorials can be made to St. Jude Children’s Research Hospital or a charity of choice.

To order memorial trees or send flowers to the family in memory of James Gaston Watson, Jr., please visit our flower store.