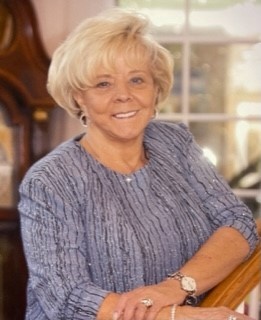 Janess Sharon Parker, 78, of Elm City, North Carolina, passed away on Monday, April 4, 2022, with family at her side. A Funeral Service will be held at 1:00 p.m. on Friday, April 8 at Joyner’s Funeral Home, 4100 Raleigh Road Parkway, Wilson. Reverends Allen Mills and Kevin Laughren will officiate.

Born in Texas was a Gas Pipe Liner’s Daughter, Wife and Mother. She was President of Parker Stockstill Construction. Janess was a wonderful mother of three sons, eight grandchildren and nine great grandchildren.

Janess was tender hearted and compassionate with a big heart for her dogs. She loved to cook and was very good at it. Her biscuits and gravy were famous for being indigestion free. Janess was a great conversationalist over a good morning cup of coffee.

Her family already misses her dearly, but sorrow not, as those who have no hope, they are confident they will see her in Heaven according to the scriptures and her testimony.

She was preceded in death by her loving husband of fifty years, Perry Parker and her parents, Benny and Leola Price.

To order memorial trees or send flowers to the family in memory of Janess Sharon Parker, please visit our flower store.