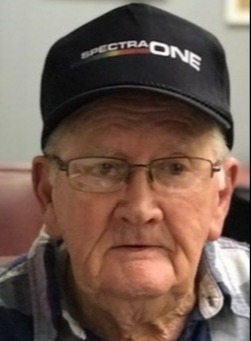 Jefferson Arthur “Art” Batchelor passed away peacefully on Dec 17, 2022 five days before his 94th birthday.  A joint service will be held for Art and Clara, who passed on January 8, 2023, on Friday, January 13, 2023 at 2 p.m. at Joyner’s Funeral Home, Wilson.  Interment will follow in Evergreen Memorial Park, Wilson.

At the time of Art's death he was survived by his loving wife of 73 years, Clara Jean Batchelor of the home; his daughter, Rhonda B Shore and husband, Larry of Wilson; granddaughter, Kelly Jones of Wilmington; his son, Arthur Ray Batchelor and beloved wife, Deborah of Wilson; grandson, Jeffery Batchelor; beloved granddaughter, Heather Mitchell and husband, Dallas of Tarboro; his great grandchildren, Tyler Mitchell, Sammantha Batchelor, Richard McNamara all of Wilson, and Lyla Thiel and Hallie Thiel of Mechanicsville, Virginia; his great-great-grandson, Jasper Holloman; brother, Alton Batchelor and wife, Sue of Rocky Mount. Art has a loving extended family of many who cherished him.

He was preceded in death by his beloved parents, Henry Arthur Batchelor and Lincie Wool Batchelor; brother, Richard Batchelor and wife, Margie of Seattle Washington, and his sister, Catherine Hamm of Wilmington.

Art owned and operated Arts Auto Service and later Arts Auto Service and Radiator Service along with his son.  Art continued to work til age 92.  He was respected for his hard work ethic and trusted by many.  Art and his wife attended Victory Freewill Baptist Church, Pastor Wayne Whitley for many years.  He loved his church family!

To order memorial trees or send flowers to the family in memory of Jefferson Arthur Batchelor, please visit our flower store.