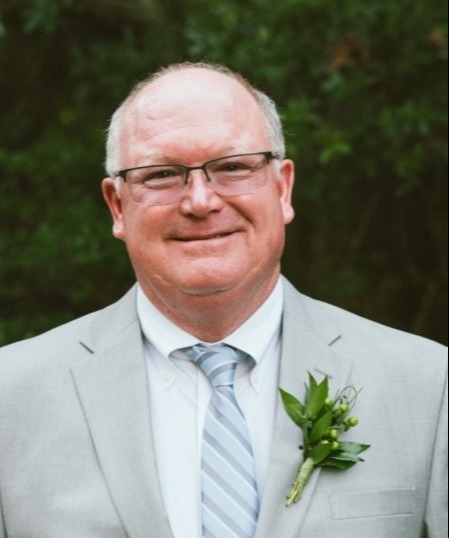 Kenneth Rolf Andersen of Wilson passed away peacefully with his family by his side on January 3, 2023, at age 64.

Ken was born in 1958 and lived the first few years of his life in Greenville. When he was 10 years old, he and his family moved to Wilson. He went to Fike High School where he wrestled and played soccer, and eventually met his soulmate, Susan. After high school Ken attended Louisburg College and earned his Associates Degree. He completed his Bachelor’s Degree at Campbell University and started a career in banking with Wachovia and later with First Citizens Bank. After many years as a personal and business banker Ken decided to change career paths and became a career consultant focusing on manufacturing and industrial engineers. He retired at the end of 2021, much to the excitement of his family.

Ken and Susan celebrated their 40th wedding anniversary in October 2022 and loved each other every moment. Together they have two daughters, Elizabeth Faber married to Will Faber, and Leigh Edwards. Ken loved spending time with his 5-year-old grandson, Andersen Edwards, and the grandpets.

Most of Ken’s favorite activities involved being on the water. He enjoyed boating and fishing the most with Susan. Over the past few years, he taught his son-in-law everything he knew. Harkers Island was his happy place where he could relax, unwind, and have a drink with friends and family. Hunting was also a beloved past time for Ken, especially deer hunting. Ken was an excellent cook and truly enjoyed cooking on the grill. Many of these hobbies started when he was a young man but as he got older, he enjoyed traveling and especially scuba diving in the Caribbean. Ken did not grow up a big sports fan but had to learn to love State basketball to keep up with Susan and the girls. He was also very active in his rotary club and enjoyed the camaraderie at weekly meetings and seeing how the club gave back to the community.   He was a devoted husband, loving father and grandfather, and a great friend to many and will be truly missed.

Ken is survived by his wife, Dr. Susan H. Andersen; daughters, Elizabeth Faber and husband, Will of Clayton, and Leigh Edwards of Wilson; grandson, Andersen Edwards; sister, Janis Sexton and husband, John, and his brother, Karl Andersen, Jr., and wife, Vickie of Greenville.

Ken is preceded in death by his parents, Karl and Teenie Andersen and his beloved dog Lady.

To order memorial trees or send flowers to the family in memory of Kenneth "Ken" Rolf Andersen, please visit our flower store.