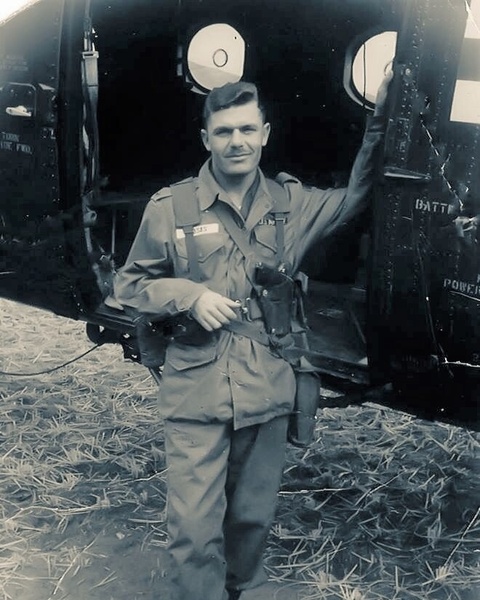 Louis Joseph Rosas, Jr., 88, of Rocky Mount, passed away peacefully September 23rd at home surrounded by family. Louis served his country in the military for over 20 years. He was a veteran of the Vietnam War. He was a member of the Knights of Columbus and the American Legion.

He was preceded in death by his father, Louis Rosas Sr., his mother Carmen Giusti, step father Ramon Giusti; brothers George Rosas and Joseph A. Giusti.

The family will be receiving visitors from 6:00PM to 8:00 PM at Joyner’s Funeral Home October 2nd. A rosary will be said at 5:00PM prior to receiving visitors. A Funeral Mass will be held at St. Therese parish at 11:00AM on October 3rd. Burial will be at Southwest Virginia Veterans Cemetery in Dublin Virginia October 4th at 1:00 p.m.

To order memorial trees or send flowers to the family in memory of Louis Joseph Rosas, Jr., please visit our flower store.