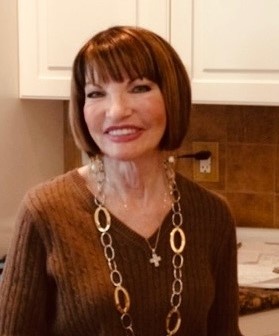 Mary was a coal miner’s daughter, born and raised in West Virginia.  She married young to Frank Gleason Harvey who was in the Air Force and became a widow at the age of twenty-eight with three young children.  She married Ron Gardner and had her youngest daughter, Kelli.  After the death of Ron in 2004 she moved to Wilson and married Roger Harrell and was married for sixteen years, members of Peace Church and active members of a line dancing club.  Mary put herself through Cosmetology school and she worked at Fairfax Medical Pharmacy in the 70’s and 80’s. She had a voice of an angel, and she sang gospel songs with her sisters, Carol and Greta, not only in church but also on a Christian Radio Station in Masassas, Virgina.    Mary was a loving wife, devoted mother and adoring grandmother who was dearly loved and will be greatly missed.

She was preceded in death by her son, Frank Gleason Harvey; sister, Donna Sue Burke and her brother, Robert Burke.

To order memorial trees or send flowers to the family in memory of Mary Elizabeth Gardner, please visit our flower store.