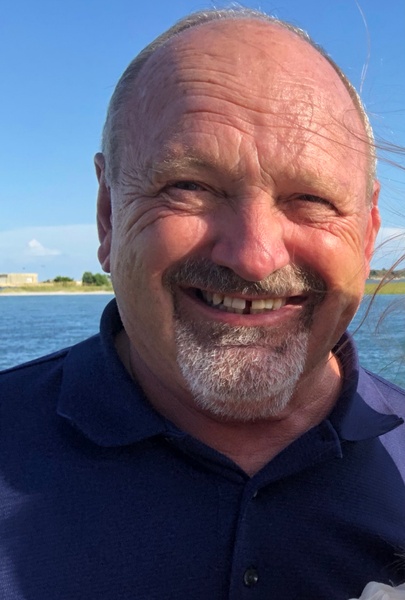 Melvin Ralph Webb, 71, of Wilson, North Carolina, was a wheelin' n dealin' man, well known for being able to sell ice to an Eskimo. His recent hobbies included finding deals at auctions, huntin' n fishin' & drinkin' good bourbon. He was a lover of a bargain, wearer of camo, foundation to his family and an owner of a million shoes.

Ralph had many impressive accomplishments in his life, including winning and competing in various marlin fishing tournaments and playing in the DuPont World Amateur Golf tournaments. Ralph had a very competitive spirit and went full throttle with everything he did. Ralph, Dad or Papa was known for being "The one, the only one", and "if Papa couldn't fix it, then no one could".

Ralph is loved and survived by his wife Sandi who he met at Atlantic Beach. He swept her off her feet literally, with shagging competitions. Sandi Pants and Tater danced their way to 3 kids and 2 grandbabies. In addition to his wife, he is survived by his daughter, Sara Minor & spouse, Mandell Minor; daughter, LeighAnna Webb & fiancé, Corey Cina; son, Andrew Webb & spouse, Emily Webb; grandbabies, Brooklyn & Zoey Minor and the infamous fur baby, Honey B. Bunny.

He was preceded in death by his mother, Eleanor Parham; sister, Phyllis Sullivan and grandparents, Eva Bell & Vernon Webb.

Condolences directed to Joyner's Funeral Home and Crematory at www.joyners.net.

To order memorial trees or send flowers to the family in memory of Melvin Ralph Webb, please visit our flower store.