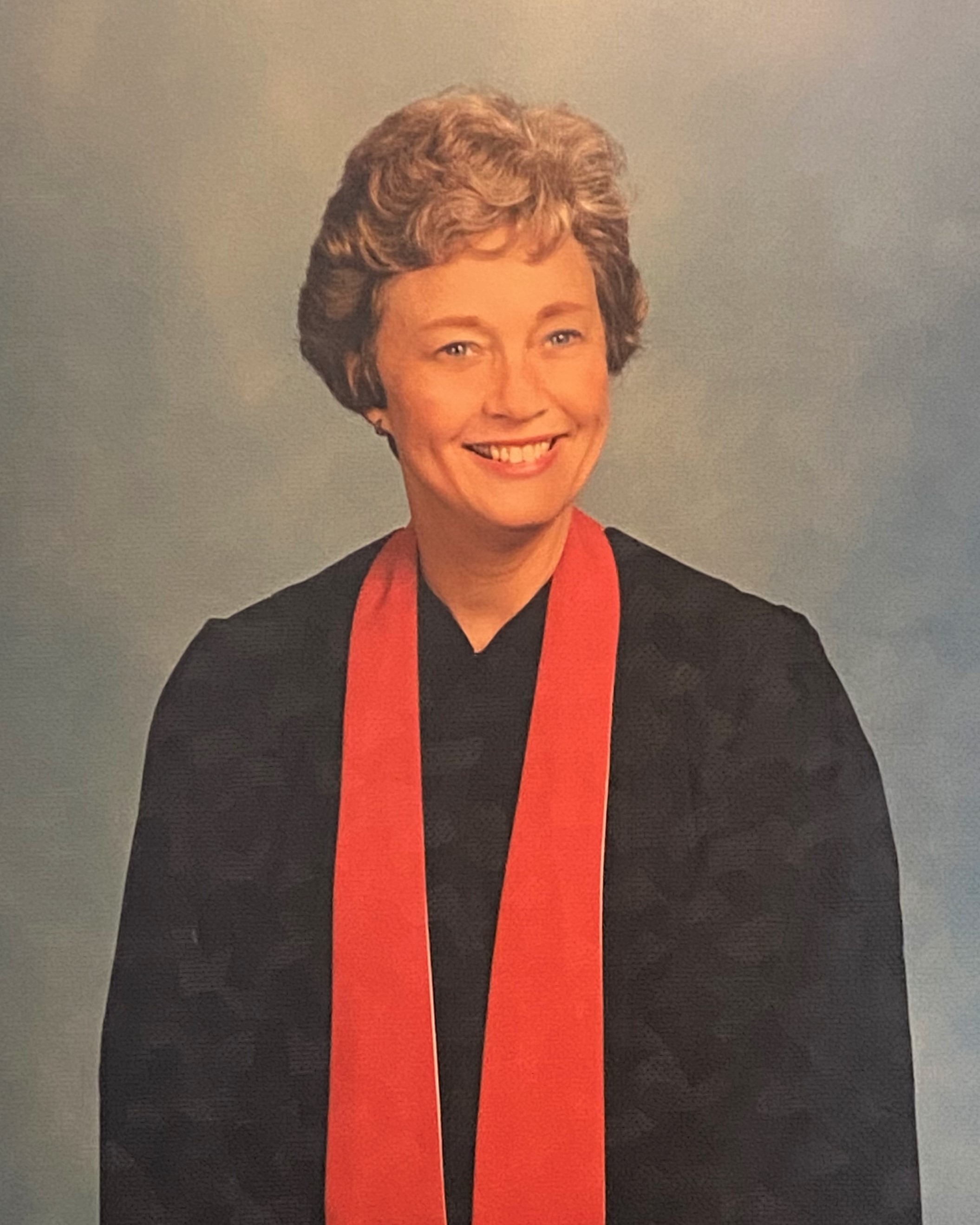 Frances “Frankie” Groves Herring Gay was born in Wilson, North Carolina, where she lived with her mother Frances Willard Moore Herring, father Groves Leon Herring, older sister Nancy Lu and Aunt Daisy Herring.  As a lifelong member of the Christian Church (Disciples of Christ), she attended First Christian Church in Wilson all of her younger years.

Frankie grew up in a very loving home.  She once wrote that their usual Sunday night family gatherings included lots of singing and each member playing their own instruments. Frankie and her sister both attended elementary school just a block and a half away from home, church three blocks from home, and took part in lots of Piano Festivals and competitions throughout the state.  The girls also played for their church and Sunday School classes. While the Herring family was deeply involved in their local church, Frankie also attended the Quaker Yearly Meetings with her mother at Guilford College where her mother’s side of the family had all attended.

During the summers, Frankie attended church camps, mostly at Camp Caroline in Arapahoe, NC.  It was at Camp Caroline that she felt God’s call and made her decision to be a Director of Christian Education on June 18, 1954, just before her senior year in high school. Psalm 121 was her guiding scripture and those words led her through her life in subsequent years of college, graduate school, and church and mission service.

Frankie attended Atlantic Christian College (now Barton College) just three blocks from her home in Wilson, NC, where she studied music.  At the request of her major professor, she enrolled in a summer course at Southwestern University in Memphis, TN.  That was a turning point when she met her future husband, Dr. John Gay, there.  They married and started a life of adventure living in New Orleans while he attended medical school and she earned a Masters in Christian Music at LSU, Baton Rouge, LA.  During this time, Frankie continued to direct church choirs and teach piano. Soon thereafter, they started their family and lived in Hawaii and New Mexico before being called by the Disciples of Christ (DOC)’s Division of Overseas Ministries to work as medical missionaries in remote areas.

The adventures continued when the family moved to Belgium in order to receive both medical and language training before eventually moving to the Democratic Republic of Congo. While living in remote areas, Frankie continued to teach music and choirs, assisting in local medical clinics, while also raising a family.

Following that stint, the family returned stateside where Frankie taught music in schools in Arizona and remained actively involved in church work. It was there that she became a single mother, but she never wavered from her faith.  It was in 1980 that she was called to join the staff of Palm Lake Christian Church in Florida to be Director of Christian Education, Youth, and Music.

In 1985 with the blessing of the church, Frankie went back to school, this time for her Master of Divinity at Lexington Theological Seminary, which she completed in 1989.  She was ordained in 1990 and, in 1991, was called to serve on staff for the DOC Regional Church of Florida as an Associate Regional Minister. She was a member of the International Christian Women’s Fellowship (CWF) Executive Committee and participated in the Woman-to-Woman Worldwide trip to Indonesia.  She also was engaged in mission and study in several overseas settings including Mexico, Costa Rica, the Bahamas, Jamaica, Israel, Europe, and Hawaii. In addition, she also led a great many youth trips and was the camp director for the Disciples of Christ in Florida.

and earned her Doctorate in Divinity from Lexington Theological Seminary. She remained active in church and mission until illness set in during the pandemic.

She was preceded in death by her mother, father, sister, and brothers-in-law.

Her gift to all of us was the inspiration she gave with a lifetime of faith, love, and humble servanthood to everyone she met.  We, her family, are eternally grateful to have called her Mom.

A Celebration of Life Service will be held on Saturday, December 10th, at Palm Lake Christian Church at 11am, 5401 22nd Avenue North, St. Petersburg, FL 33710.  There will be a light reception following the service in the fellowship hall. A burial will be held on December 11th at 3:30 pm at Maplewood Cemetery in Wilson, NC for her final resting place.

In lieu of flowers, the family requests that contributions be made to Palm Lake Christian Church in memory of Frankie Gay.