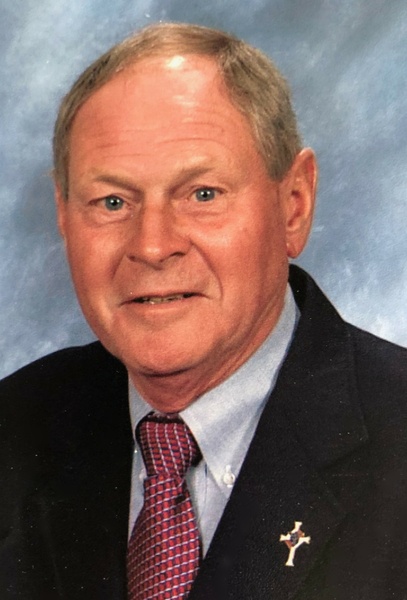 Roland married his wife Shirley at 18 years of age and joined Cargill after graduating from the University of Missouri. He spent over 30 years with Cargill prior to full time managing his own operations. Roland loved farming and invested heavily in his career and industry network. He held numerous leadership roles including President of the North Carolina Pork Producers, Member of the National Pork Board, Chairman of the United States Meat Export Federation. He traveled the world studying markets and farming practices which opened doors for United States Farmers. Roland was also a member of several boards and advisory committees including the Wilson Daily Times and the North Carolina State University Veterinary School. Although Moe’s career started in Pork, he eventually used his entrepreneur skills to start an environmental service, which was one of the few obtaining state certifications to restore ponds after hurricane Floyd. After selling his hog farms, he focused on raising organic beef cattle and growing hay in addition to partnering in Reicher’s Truck and Body Equipment in Missouri.  He retired in 2020.  His community service was also very active.  He was a member of St. Therese Catholic Church, the Knights of Columbus, a Fourth Degree Knight and Grand Knight. He made many friends in the area serving with Elk’s club, Jaycees and Rotary Club. He was named a Paul Harris Fellow by Rotary and graced with many awards including induction into the Pork Hall of Fame.

Roland held in highest regard the role of being the eldest sibling and considered it a duty and honor to lead the way. As a proud father, he instilled the value of hard work in his three children who helped and supported the businesses in North Carolina; especially on the bookends of his life. Some of the best family memories included boating and leisure time on or near the water making many lasting memories.

Visitation is scheduled for Thursday July. 14, 2022 from 5:15-7:15 pm beginning with a Rosary led by the Knights of Columbus at Joyner’s Funeral Home, Wilson, North Carolina.

A Funeral Mass will be held Friday, July. 15, at 11 a.m. at St. Therese Catholic Church, Wilson, North Carolina.   Commitment will follow mass at the St. Therese Columbarium on site.

To order memorial trees or send flowers to the family in memory of Roland H. "Moe" Mohesky, please visit our flower store.