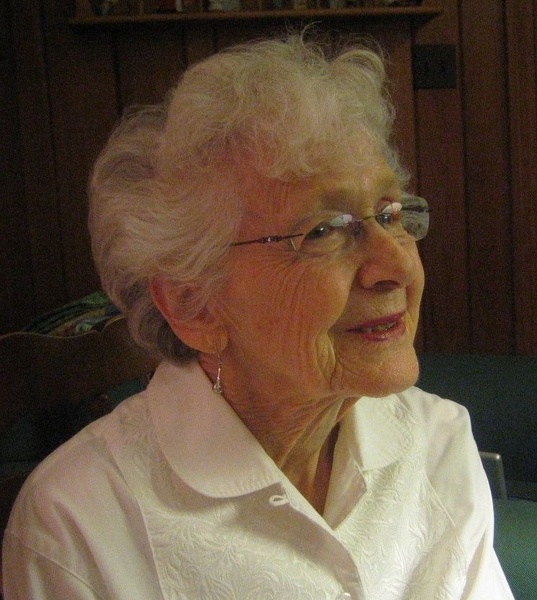 Sarah Lavinia Kennedy Johnson, 96 passed away peacefully in her home in Wilson on December 1, 2021.

Sarah was the wife of the late D. Calhoun Johnson of Delway, and the daughter of the late Daisy Hunter Kennedy and James Connor Kennedy of Clinton. She attended Bob Jones University and graduated from Columbia Bible College.

Sarah was a gifted Bible teacher and after college taught Bible in the Bethania public schools. She married Rev. Calhoun Johnson in 1951. She served in many capacities as a pastor’s wife and Bible teacher in Powderly, Texas, Roxton, Texas, and Kannapolis. In 1959, Calhoun and Sarah were appointed as missionaries by the Southern Baptist Foreign Mission Board to Chile. They served faithfully for ten years in Antofagasta, Santiago, and Concepción.

After returning to the United States, Sarah and Calhoun lived in Wilson, Glen Alpine, and Delway. They founded Christian Retreats, Inc, a ministry which included Bible teaching, spiritual retreats, and training in the deeper spiritual life. Together they ministered for many years to people in the United States, Puerto Rico, Chile, Uruguay, South Africa, Kenya, and Australia until Calhoun’s death in 1991.

Following her move to Wilson in 2007, Sarah was an active member of Grace Baptist Church, serving into her 90s as the Sunday School teacher at the Dorcas Sunday School class. She lived a life of diligent Bible study and fervent daily prayer. Throughout her life, Sarah’s only desire was to faithfully serve and honor God. Her testimony as a Bible teacher, prayer warrior, and steadfast witness of God’s love left a legacy of faith not only to her own beloved family, but to all who knew her.

Sarah was preceded in death by her parents, husband, and son Daniel Johnson, Jr. of Wilson.

To order memorial trees or send flowers to the family in memory of Sarah Kennedy Johnson, please visit our flower store.