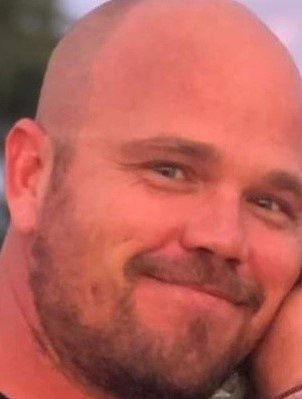 SGT James William Wiggins, 43, of Lucama passed away unexpectedly April 11, 2022 with his loving wife of 18 years by his side doing who he loved. James was born February 9, 1979 in Wilson.   He is a 1997 graduate of Hunt High school and proudly served in the US Army from March 1999 to the present, where he served in Operation Iraqi Freedom, Operation Enduring Freedom, and a Humanitarian Mission in Haiti.  If James wasn’t fulfilling his military duties, you could find him riding around in the Cummins truck for which he worked for from 2012 to the present.

Growing up James could be found outside tinkering on a motor.  His love for cars gave him the most rewarding gifts in life.  James had a love for life and all around him.  He welcomed everyone with open arms and lent a helping hand when needed.  He loved his wife, children, and family deeply.  He kept everyone on their toes with surprises and spontaneity.  He was the guy you called up when you were stuck on the side of the road,and he would come all hours of the day to figure it out.   He also had love for animals.  When he wasn’t working, he was off cruising around with his Boxer Floki visiting local hardware stores and friends, or sitting in his garage admiring his gun collection and his 68 Cougar.

James was preceded in death by his maternal grandparents, Josephine Williams Jones and James Kinchen Jones of Tarboro; paternal grandmother, Betty Jean Wiggins of Wilson, and paternal great-grandparents Roy and Rosa Hayes of Lucama and John and Lenora Wiggins of Elm City.

In lieu of flowers, the family request donations be made to DAV.  www.cst.dav.org.

To order memorial trees or send flowers to the family in memory of SGT James William Wiggins, please visit our flower store.