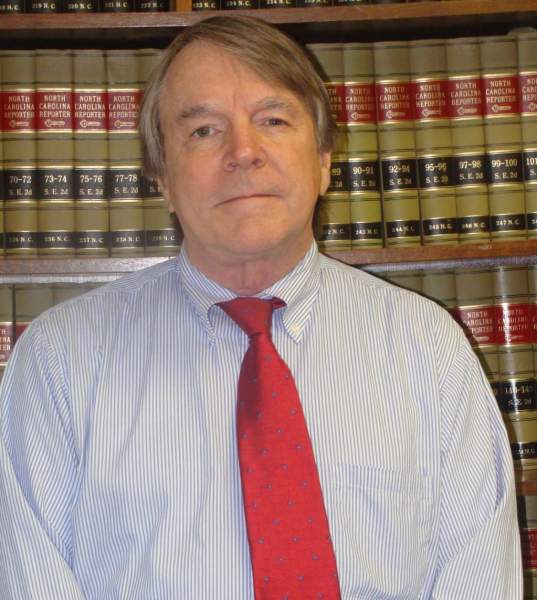 Kind, colorful, humorous, and quick-witted, Bill Titchener will always be remembered for his quiet loving ways and amazing stories.

Born January 12th, 1947, in Pensacola, Florida, Bill was raised in Wilson, N.C., the son of
Elizabeth Rogers Titchener and John David Titchener. He was a member of and regularly attended St. Timothy’s Episcopal Church in Wilson. He also attended Fike High School, and Baylor School in Chattanooga, Tennessee where he excelled in sports, especially track and field.

Bill proudly served his country in the U.S. Air Force as a Titan II Missile officer in the 1970s. He was a devout Christian all his life and a true patriot.

Bill graduated from UNC-Chapel Hill in 1970 and was a member of Phi Gamma Delta Fraternity. In 1976, Bill received his master’s degree in History at UNC-Greensboro. He later finished law school at Campbell College in Buies Creek, N.C., as a member of the first graduating class in 1979.

After marrying in 1982 and moving to Raleigh, N.C., Bill worked with the law firm of Seay, Rouse, & Harvey and then Seay, Rouse, Titchener & Horne. He closed his law legacy as a sole practitioner at Titchener Law Firm in Raleigh. Bill was a proud member of the North Carolina State Bar, Christ Episcopal Church, and various civic clubs.

Brunch with his girls, a pet in his lap while reading or watching a movie – add his love for history, literature, Chapel Hill, the beach, family get-togethers, storytelling, birdwatching, and UNC sports. That was Bill Titchener.

A graveside service will be held in Maplewood on Saturday, January 15, 2022 at 2pm.
In lieu of flowers, memorials may be made to SPCA of Wake County or Christ Episcopal Church, Raleigh, N.C.

To order memorial trees or send flowers to the family in memory of William Rogers Titchener, please visit our flower store.